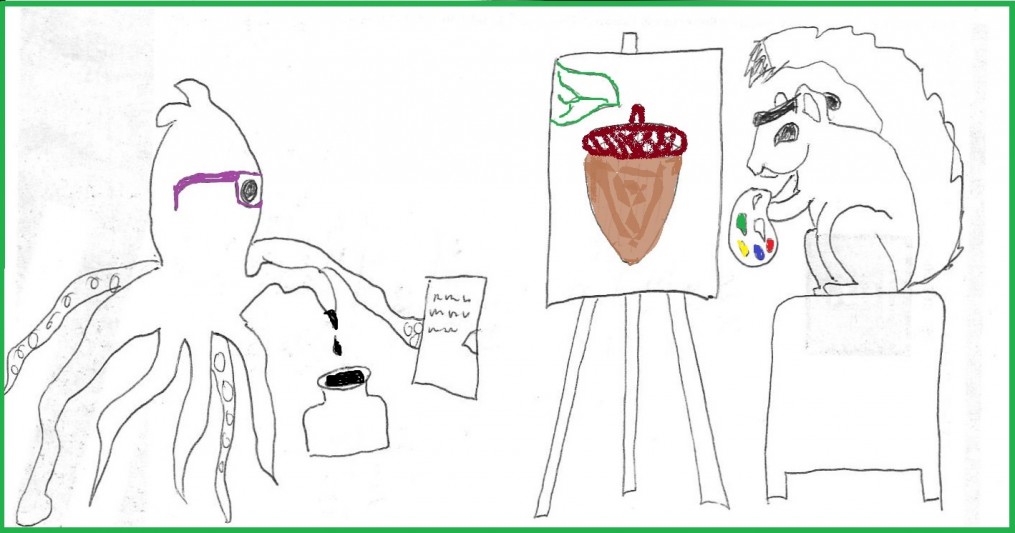 Building a fantasy world full of characters, plot twists, heroes and villains, is not easy. There’s so much to be done, and though I’m still lagging with little energy I figured I could doodle a few ideas for the cover. Now, I’m no artist. Oh, I can do some silly little line drawings but with about as much talent and flare as a duck using a fountain pen. Still, it’s enough to give a real artist a better idea of what I want. I did this with my first book, Waxing is Useless. In fact, I hired one of the local artists I’d previously interviewed for this blog, Shannon Potratz .

His sense of humor, talent, and accessibility made him the perfect choice for my cover. Let me show you what I mean. On my first visit to his office I handed him this.

And after a follow up visit he created this, and I love it!

Close by and easy to collaborate with I am still amazed by and grateful for his artistry, especially as I have NO experience with graphic art. Worth every penny, he made it so easy for me, as a self-publisher, to load everything up and put it to print. If you are a writer / self-publisher with little to no artistic talent, I highly recommend getting to know your local artists. Beside potentially finding someone great to work with, I just think it’s awesome for local authors to support local artists and vice verse.

So taking a left turn this month, I’ve decided to post an entry to #BlogBattle . I learned of this event recently and love the idea of supporting other writers this way. If you are interested in learning more click here. 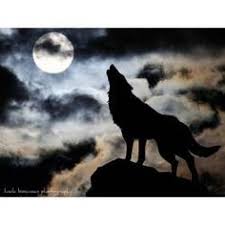 Pale shafts of weak light pierced the canopy creating pools of grey amidst the black roots and rotting pine needles on the forest floor. A cool breeze carried the first hints of winter to Miranda’s nose. She shivered, not with cold, but with anticipation. Tonight was her first official run with the Spokane pack as a full fledged Guardian. Her mentor and new best friend, Sherryl sat next to her at the edge of a clearing, waiting for the rest of the pack to arrive.

They sat silently and watched a family of skunks navigate the clearing in front of them. Black and white bodies held low to the ground, they waddled quickly across the space toward the relative safety of a hollow fallen log. A moment later, a small coyote crossed the clearing going the opposite way. It paused to scent the air, looked toward where Miranda and Sherryl sat and took a step in their direction before the wind shifted. A low grade skunk smell wafted on the air causing the coyote to turn and bolt. Sherryl and Miranda grinned at his retreat until the scent hit their noses causing them both to sneeze. The skunks, sensing predators scooted out the other end of the log and waddled away into darkness.

A few moments later a sneeze sounded nearby shortly before another large canine padded softly into the clearing. It’s bright reddish coat was muted in the moonlight, but there was no mistaking their Alpha, Stan McKenna. He took a position in the center of the clearing before he looked directly at them and nodded once. Ladies.

Miranda was about to walk out to join him, but Sherryl stood and placed herself in front of her friend. Not yet, hun.

Another massive wolf stepped up to the edge of the clearing, then another. Ten minutes later the entire circumference was ringed by massive wolves. All of them Guardians of eastern Washington. Miranda recognized their Beta, former astronaut, Walt Prescott, as well as her friends Chris and Dave Burrel. Sherryl’s daughter Maggie arrived with Dr. Reynolds, and super realtor Jennifer Caldwell. After that, the only wolf she recognized was her new friend Seif. A recent immigrant from Egypt he was currently searching for a house and spending lots of time with Jennifer. The two were night and day polar opposites, but had become fast friends. Miranda wondered if there might be more developing but would never dare ask. At least not until she knew them better.

Miranda’s eyes continued around the clearing. There had to be more than thirty-five Guardians gathered! She’d had no idea there were this many in the area. She was wondering what they looked like in human form when Stan mind spoke to the group.

Guardians, thank you for coming tonight. We have a new Guardian among us and this will be her first run. A series of happy yips and small howling vocalizations filled the night. Miranda will you join me here, please?

Sherryl stepped aside to let her friend pass, then slowly followed her to the middle of the clearing. The moonlight shining on her fur, Miranda stopped in front of the Alpha, while Sherryl sat slightly behind and to her right.

Miranda Moon, newly Changed, Initiate,  Luna, Demon Slayer, Guardian. Your Mentor, Sherryl Lee has vouched for your readiness, as have your actions. As Alpha of the eastern Washington pack, I cede leadership of this run to you. With that, Stan stepped aside letting the Beta, Walt take his place.

He nodded at Miranda and Sherryl before addressing the pack. All right everybody. Miranda will now lead us along the path that brought her into our kinship. Starting from her first experiences within our group where she faced down a sickly grizzly with our Alpha, to where she defended Spokane and vanquished a Vampire demon. Follow, remember, and honor her journey!

Miranda remembered that this was her cue and as excitement shuddered through her she threw her head back and – for the first time in her life – she howled at the moon. Before the last echo died, all her fellow Guardians lined up behind her. She looked back at her Mentor, Sherryl who gave her a tongue lolling wolfy grin and a nod. It was time to go. The strength of the pack surged through her as Miranda Moon, wife, mother, PTA President, and Sunday School Teacher took off at a ground eating lope through Riverside State Park. Their path would eventually take them back to her house, where her family had enough food and drink ready to satisfy a pack of werewolves. This was going to be epic!