James Parry’s semi-fictionalized (10%, give or take) memoir of the last five years of his thirty-year career as a middle school educator is at once, both hilarious and sobering. Hilarious as only middle school (or Jr. High) with all the hormones, awkwardness, and antics can be. And sobering when Parry masterfully lays bare the true plight of teachers everywhere dealing with bureaucracy, poverty, and a lack of parental involvement. However, despite the sometimes heavy content, Parry’s acerbic and occasionally goofy wit, keeps this book readable and entertaining.

The book begins on an average school day in Parry’s twenty-fifth year of teaching. When he arrives at work he finds the head custodian quickly changing a spray painted, “F**k All The Teachers” into “Book All The Teachers” with his own can of spray paint. At first Parry is upset by the graffiti until he turns the corner to find the colorful epithet continued on to say “Excep Parry.” Deciding this is the best possible compliment from a middle school hoodlum, we then watch James “…float through the door, skip down the back hall, pirouette through the gymnasium, and do the happy dance as I (he) enter(s) the public office.”

This first introduction into Parry’s world is a good example of the ups and downs throughout the book. Middle school has always been a roller coaster ride for the kids (as I’m sure we all remember), but James Bartlett Parry gives us a look at that wild ride from the teachers end of things. Due to the nature of the middle school experience, Parry has included a WARNING section before the Contents page. I believe it is worthy of being included here verbatim.

“WARNING – With its adolescent humor, convoluted sentence structure and many asides, the book is best enjoyed when accompanied by a bottle — or box — of cheap wine; or, perhaps Ice-house Beer would be a more fitting compliment. If you like parentheses, em-dashes, commas, and semicolons (and, hey, who doesn’t?), you’ll love this book.”

Honestly, I did. Well done, Parry.

A couple of months ago I ran a thread on Twitter asking Indie Authors to send links to their books. Happily, my TBR pile grew quite a bit! M.G. Nelson’s YA fantasy, The Telling Mirror, was one of many on my now long reading list and I’m so glad Nelson posted it!

How much trouble can a rebellious teen and her cat get into? Oh, so much.

Signe Erickson’s parents are gone. Her father left years ago. Her mother lost to drugs is undergoing rehab. Now Signe – Sig for short – lives ungratefully with her Aunt Char and Uncle Dan, on their farm. Acting out in various ways she’s stretching her families patience to the max, testing them at every turn. When Dan finally confronts her she runs to her quiet place only to end up stumbling into another world. Just her and the annoying barn cat, Reggie, who is no longer a cat.

Together, Sig and Reggie must cross this new land and search out Sig’s father. How he ended up here they really don’t know, but then again, they don’t know how they got here either! Setting out with nothing but the clothes on their backs, a flashlight, a backpack, and a plastic baggie carrying $200 cash they begin their treacherous trek into the unknown.

This grand adventure is filled with dangerous travels, creepy characters, brave warriors, evil royals, kind commoners, fairies, centaurs, giants, and more! Reminiscent of both The Wizard of Oz and The Narnia Chronicles, it is filled with good lessons about self-reliance, kindness to others, determination, sacrifice, and faith. This book, first in The Telling Mirror Series, is one I would feel good sharing with my kids.

If you enjoy YA books with good values and interesting twists, purchase this one today! https://www.amazon.com/Telling-Mirror-Melissa-G-Nelson/dp/0997819111

Laural wandered aimlessly around her living room. Nothing interested her, nothing enticed or motivated. She made another circuit around the room looking at books, games, chores that needed doing and gave up. When she plopped down on the sofa it was with a huff of exasperation. “What the crap am I doing? I’m not getting anywhere like this,” she sighed. She leaned forward and let her head fall into her hands so she could run her fingers over her aching scalp.

She was still massaging her head when her mother entered the room carrying a large laundry basket. Like clockwork, she followed her morning routine. So did Laurel but the two didn’t look at each other much less speak. They hadn’t spoken in months. Too many arguments, vile words, and disrespect had passed between them. Their last conversation had ended with both of them red-faced from screaming. Silence had claimed both their tongues since. Occasionally, she felt her mother’s eyes upon her, but when she tried to speak, nothing came out and her mother grew even more despondent. Despite both of them hoping for a reconciliation, they avoided each other. It was best for everyone. Especially little Haley.

Laurel’s sister, Haley, had been a surprise to everyone. Mom and dad had given up having more kids after mom miscarried baby number two. Lauren had been the one to call 911 when she found mom on the bathroom floor. Her brother had been so tiny! She hated that they hadn’t even bothered to give him a name. Baby number two just sounded like a cruel pun.

They hadn’t buried him either, but they buried Tina – another baby they’d at least bothered to name. Instead, her brother had been cremated and his ashes spread over the river. What the hell that had been about she still had no idea. She’d never been given a decent explanation and had no way to visit him like she did Tina. She was still pissed about that and poor Haley, who was too young to understand, felt the tension in their home. It made her cranky.

Haley cried a lot. Mom would try to comfort her but only Laurel’s voice seemed to soothe the toddler. She’d spent many days in Haley’s room telling her silly stories to make her giggle, and many nights singing so everyone could get some sleep. Laurel would do anything for her baby sister. She glanced toward Haley’s room. She was napping, which was great but that left her at a loss. Still without motivation to do what needed to be done.

Keeping her head down, she watched her mother fold and refold towels until they were perfect before separating them into piles: beach, bath, hand, and wash. Mom was methodical to the point of O.C.D. with some things, but completely March Hare with others. It drove Laurel nuts, but she also found it somewhat endearing. She’d never admit that to mom, though. Towels done, she watched her mom pick them up and head into the bathroom to shelf them. Laurel thought her mother was beautiful when she wasn’t crying or yelling, but again, she would never admit it to her.

Laurel watched a moment longer then turned away. It was too painful, this non-communication. She hoped someday they’d be able to talk again but right now the divide was too deep. She sighed heavily. At least dad would be home soon. Maybe she’d talk to him tonight. He was easier to talk to than mom, especially now, but he wasn’t home much anymore.

It was hard for him to face so much loss. She saw it in his eyes every time he entered their home. His shoulders would slump ever so slightly, while his eyes became weary. It saddened her, but not as much as the lack of affection between her parents. They used to always be hugging or worse, kissing. It used to gross Laurel out, but now she wished to see it again. Her parents seemed to yearn for each other’s companionship but dread it at the same time. She wished she could fix things, make everything better, but she was only a teenager.

The last time she’d spoken with her Dad – mist rising from his lips with each word – he told her she was a great kid. That he loved her and was proud of her, but in her heart, she never felt as if she were doing enough. Of course, doing things now was harder. It took a lot of energy to do anything in her condition.

Laurel sighed again and reached for her aching head. It was weirdly concave ever since that night, the last time she’d argued with her mom. The night she’d stormed out of the house and hitched a ride with that drunk neighbor kid, Mike. She didn’t know he was drunk when she got in the car, and he never saw the delivery truck before they hit it.

The light had come to collect Mike immediately, but she couldn’t leave her sister behind. Haley needed her. So she’d made her way home and hadn’t left since. Deep down she knew she should have let the light take her and let everyone move on, but (in that moment) she’d made her choice. Now it was too late. She didn’t know how to get to the light and wondered if she ever would.

Do you love books? Are you a total bookworm? Love to talk about them and share your favorites? Have you written a book and need another easy marketing opportunity? Well, here it is. I’m going to post a link to my book, and another to my 2 fave authors / series. I invite you to do the same in the comments (They’ll show up on the About page).

Whether you’ve written a book or just want to share fave series, let’s see it!

Here’s mine.  Waxing is Useless

Here are my 2 favorite authors / series. 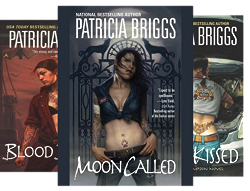 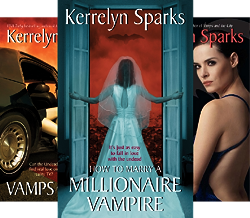 Now tell me and everyone else about yours. 🙂